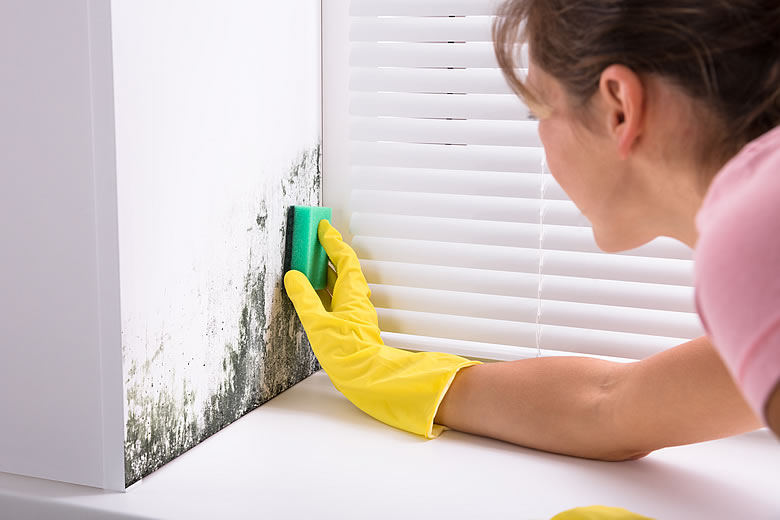 I've been writing a series on people with fibromyalgia who are incredibly sensitive to any treatments — particularly to medications, but sometimes also to herbals, nutrients, their environment, and even electromagnetic fields (EMFs) such as radiation from cell phones. In the first two parts I released, I discussed Mast Cell Activation Syndrome and food sensitivities. Today I want to talk about two other areas that can cause extreme sensitivities in fibromyalgia: neurologic triggers, and molds.

Our psyche and brain functions are intimately intertwined. If you're one of those with the most severe sensitivities, so much so that you can't tolerate natural or prescription therapies, addressing your psyche and brain is the place to begin.

Many of you are empathic, and most of us have been through severe trauma from fibromyalgia itself (often even predating the illness). And experiencing severe trauma can reprogram your brain's response to your environment. If this has happened to you, then you might benefit by "resetting" your vagal nerve and limbic systems in order to return your brain's environmental responses to normal. There are many tools that can help you do this, but my favorite is a home DVD course called the Dynamic Neural Retraining System by Annie Hopper. This has resulted in profound benefits in many people (it sells for about $250). Results usually began after 8-10 weeks of doing the exercises it describes for 1 hour a day

The concept of mold toxins was initially formulated by Dr. Ritchie Shoemaker, author of Mold Warriors. Ritchie is so bright as to be almost unintelligible in his complexity. His work has been synthesized and simplified by Dr. Neil Nathan, author of the exceptional book Toxic. If you decide to explore mold toxin treatment further, I highly recommend reading this book.

I'd like to say a little more about Dr. Nathan. I spent the first two decades of my medical profession synthesizing the seminal work of giants in healthcare. Their work was so cutting edge that medicine still has not caught up with them. The three experts below stand out among the dozens of experts whose work I studied and later synthesized to create the S.H.I.N.E.® Protocol.

I later had the pleasure of meeting Dr. Neil Nathan. Dr. Nathan studied my work, and that of dozens of other experts, and synthesized all of these to take our understanding to a whole new level. I consider him to be one of my most respected experts in treating fibromyalgia and other complex illnesses of modern life, and I highly recommend his work! However, it's still very complex. In the discussion that follows I'm going to attempt to simplify it even further, because there's a significant subset of people with CFS/FMS who will never recover without treating for mold toxins, and yet would improve dramatically if they did! (My apologies, Neil, if I simplify your work down too far.)

What Are Mold Toxins?

Most species have ways to defend their territory. For example, humans have all kinds of weaponry. But because molds can't move to directly attack other molds, they use chemical warfare. When other molds are present, they expel toxins into the air to keep the other mold species away.

About three quarters of people are genetically able to eliminate these toxins, and therefore aren't very sensitive to them. So you can have a number of people in the same home or office environment who are doing fine, while you may be sick as a dog.

The problem with mold toxins is that they tend to be fairly small molecules. Your body tries to get rid of them by attaching them to bile in your liver, and then dumping them into your gut. But that just allows them to be reabsorbed right back into your bloodstream. Because of this, some people can't get rid of them.

When to Suspect Mold Toxins

The presence of mold isn't a diagnosis to take lightly. High levels of mold toxins in your work or home environment must be addressed. If it's at your place of work, you need to leave the building. If it's in your home, you'll need to remove it through paying for mold remediation, which can cost tens of thousands of dollars!

Dr. Nathan states very simply that until molds are eliminated from your home, work, and car environments, the mold toxin treatments he prescribes are unlikely to help.

But he finds his treatments to be very helpful for those with persistent CFS and fibromyalgia, despite other treatments, and especially in those who are unable to tolerate treatments because of sensitivities.

His book Toxic goes into more detail on home and urine testing and overall treatment and symptoms. But here are some considerations that may make the treatment more accessible:

You should consider treating for mold toxins if:

Dr. Nathan finds that given the above, about 80% of people will have mold toxin issues, and about 20% will have Lyme disease or co-infections (especially Bartonella).

Urine testing for mold toxins costs about $700 the first time you have it done. Repeat tests thereafter cost about $250 each. This is usually not covered by insurance, but can be very worthwhile to pay for anyway. These can be done by mail at the Great Plains Lab. If you need to do this and you test positive, it's reasonable to retest every six months until your results are normal.

When doing the urine test, it is critical that you take Clinical Glutathione (by EuroPharma) one tablet under your tongue twice a day for at least a week before the test, and also the day that the test sample is obtained. This pulls the toxins out of your cells so that they can be seen by the urine test. If the glutathione worsens your symptoms, you can get the sample that day while your symptoms are flaring, instead of waiting the week. When doing repeat testing, stay off of the binders (I'll discuss this more in my next article in this series) for the three days before the test.

Dr. Ritchie Shoemaker, who I referenced earlier for his expertise in mold toxins, recommends a wide array of blood tests. He finds that markedly elevated levels of c4a, TGF-beta-1, MMP-9, and leptins and low levels of MSH, VIP, and VEGF all suggest the presence of mold toxins while also giving an indication of the severity of your body's reactions to it. But I'm not convinced that these are specific to mold, and may reflect a larger problem discussed elsewhere called the Cell Danger Response. Dr. Nathan agrees that these tests are less specific than the urine mold testing, and have less value now that this is available.

Another helpful testing option is a Visual Contrast Sensitivity (VCS) test. You can find this at Dr. Shoemaker's website, Surviving Mold. You can do this vision test online for only about $15. Although the urine test should be the primary test used, the VCS offers a very helpful low-cost way to monitor how your body is doing over time with treatment, while also giving some initial clues as to whether mold issues are present. So it may be one simple screening tool you use to decide whether to explore this area further. Then I would use it as a low-cost tool for following how you are doing with treatment. His website also has a wealth of information on surviving mold, including resources for home testing and remediation.

In my next article in this series, I'll discuss treatments for mold toxins.

Bad News for the Burglar
Is This the Beginning of General Artificial Intelligence?
Norm Macdonald Tells Conan O'Brien His Famous Moth Joke
END_OF_DOCUMENT_TOKEN_TO_BE_REPLACED