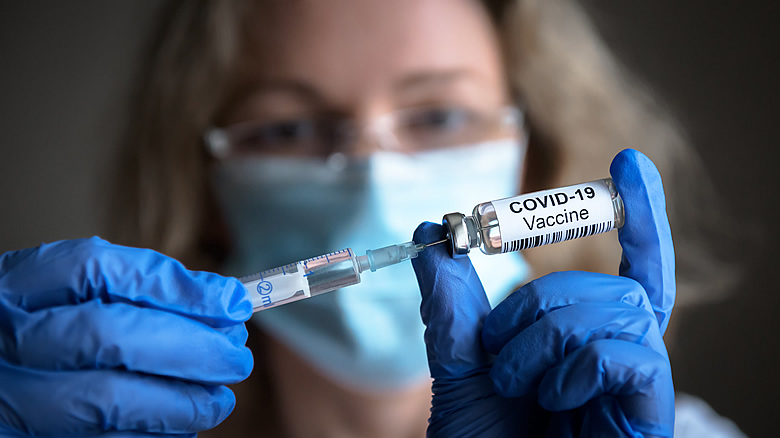 On the vaccines, there is a mix of good news and bad news. Early results of the Pfizer and Moderna vaccines appear to be even better than we'd initially hoped. They have had a much higher success rate than predicted and have overall been fairly safe, of course with some exceptions, in the thousands of study participants who've been inoculated with them (mostly muscle soreness and fevers that some have experienced). I favor Pfizer and Moderna over the one from Johnson & Johnson because these vaccines don't include the virus in their formulations, making them less likely than other vaccines to trigger fibro flares.

I suspect (and hope) that the vaccines won't cause problems with fertility, because we aren't seeing infertility in women who've had the virus. These women would also have developed antibodies to the "protein spike" that might cross-react with the placenta. The difference, however, is that the vaccine is geared to trigger a much stronger reaction to that particular protein spike than would be triggered by the virus. So I am not yet recommending the vaccine for women who may still want to have children. Though the risk is low, the risk of death from infection is this group is extremely low as well. So I am waiting on recommending the vaccine in this group for my folks with CFS/FMS. The exception? Those with other severe health conditions, or who live in a household with someone at high risk, like an elderly grandparent. But go with what feels best to you, as it is likely safe either way.

Should You Get It?

I wouldn't have wanted to be among the first 20 million people to receive a vaccination (unless I was in a nursing home). But we've now had 50 million US vaccinations with no significant problems found (special shout out of gratitude to those "guinea pigs").

As of today I recommend getting "the jab" (or jabs) for those in nursing homes or at high risk. If the vaccines continue to prove safe by mid-March to early April of this year, I'll be confident enough to take it myself.

I'm against any legal requirements that force people to get vaccinated. Those who want to take a vaccine should do so, and those who don't should be free to decline. This doesn't need to be complicated. The argument that people who refuse vaccination are unfairly putting others at risk is specious, because, since the vaccines are purported to be so highly effective, those who receive vaccinations should expect to be reasonably protected anyway. With that said, I would strongly urge everyone over 60 years of age or with higher risk health conditions (high blood pressure, diabetes, obesity, etc.) to get the vaccination when their turn comes up.

But May Be Needed Emotionally

Partisan politics and, at times, media misreporting (on both sides) have created a state of crippling fear in many. At this point it may be emotionally unavoidable that the majority of the public become vaccinated just to create the public confidence our country needs to open back up and resume normal living. Creating this confidence itself likely makes the vaccine worthwhile. (It also leaves me reluctant to criticize vaccination efforts without a very good reason.)

Medications and Over-the-Counter Aids If You Have Symptoms

It remains to be seen how long the vaccine will be effective and its effectiveness against new strains. But those are bridges to cross later. For now, in those with symptoms suggestive of the virus, I recommend speaking with your physician about the medication ivermectin. A meta-analysis of four prospective placebo-controlled studies showed an 83% decrease in death versus placebo in people who had the infection. The medication has been used very safely for many decades and is commonly given for head lice.

In those at somewhat higher risk, I would also suggest you speak with your physician about adding the medication Luvox (fluoxetine), an antidepressant that was associated with ZERO pandemic-related deaths in two studies. None of 145 people who received Luvox died or had significant worsening of their illness, compared to marked worsening and deaths in the untreated group. However, being an antidepressant and taking it at the somewhat larger doses used in the studies can cause some nuisance side effects, whereas the ivermectin is very well tolerated. So speak with your doctor about starting with just the ivermectin, adding in the Luvox in higher risk people.

Ivermectin dosing: The Ivermectin dosing is 1 mg for each 10 pounds of body weight, to a maximum of 18 mg, taken as a single dose. They come in 3 mg tablets. The whole treatment costs about $15.

Over-the-counter measures you can take to support your immune system and help protect you from the virus include zinc (50 mg a day), vitamin C (2,000 mg a day), and vitamin D (5,000 units daily). People can do all the above at the first signs of infection without waiting for your test results.

More information on these two medications:

Warping World Optical Illusion
Bad News for the Burglar
Is This the Beginning of General Artificial Intelligence?
END_OF_DOCUMENT_TOKEN_TO_BE_REPLACED